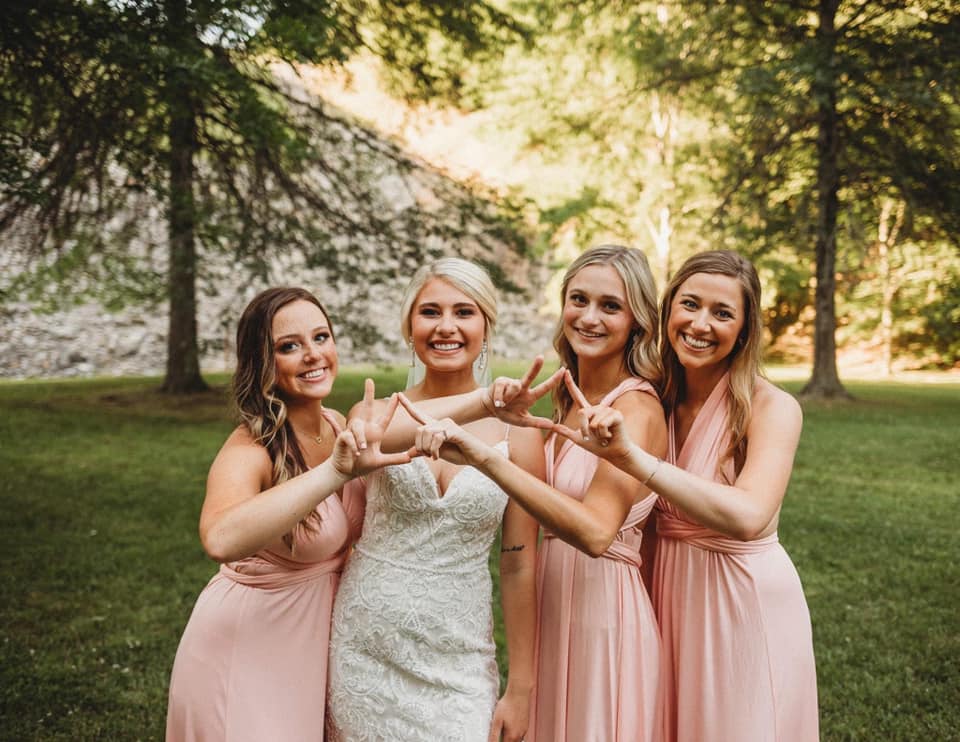 "People ask why I'm in a sorority, and I try to explain all the things a sorority is that they cannot see. A sorority is more than letters on a sweatshirt, I say. More than traditional songs, a gold pin, rituals, obligation, or a way of life. A sorority is learning about people, a sorority is giving without expecting a return. A sorority is earning respect from others, as well as for yourself. A sorority will not solve all your problems. But I have made good friends and found confidence there to help me take life one step at a time."

The Delta Tau Chapter of Kappa Delta was established at Morehead State University on April 26, 1969. A prestigious group of women who upheld the standards of national Kappa Delta began something beautiful that has endured on our campus over the years and continues to flourish.

Our chapter has produced over one thousand young women whom have all preserved the high standards of Kappa Delta. In fact, our open motto "Ta Kala Diokomen" is the Greek phrase meaning, "Let us strive for that which is honorable, beautiful, and highest." Nationally Kappa Delta has upheld this motto for hundreds of years, and the Delta Tau Chapter has followed for over fifty years.

The Delta Tau Chapter maintains a high campus prestige. From our grade point average to our involvement in the campus and community, Kappa Delta is definitely a notable mention on the Morehead State campus. Our grade point average never falls beneath the all women's average; we are often in the top rankings among all sorority women. For Fall 2014, Spring 2015, Fall 2015, Spring 2016, Fall 2016, Spring 2017, Fall 2017, Spring 2018, Fall 2018, Fall 2019, and Spring 2020, we earned first in grades among Panhellenic sororities at Morehead State; it is a great honor. In 2017, 2018, 2019, and 2020, our chapter was awarded Best Panhellenic Chapter or Sorority of the Year on campus! We are fully engaged in all of our national philanthropies, which include Girl Scouts of the USA and Prevent Child Abuse America. Many of our women serve as leaders or members in a variety of other groups on campus and in the community. Our diverse group does not go unnoticed at Morehead State University. We all strive to achieve our biggest dreams for ourselves and each other. Our sisterhood is based on building each other up and helping each other accomplish goals!